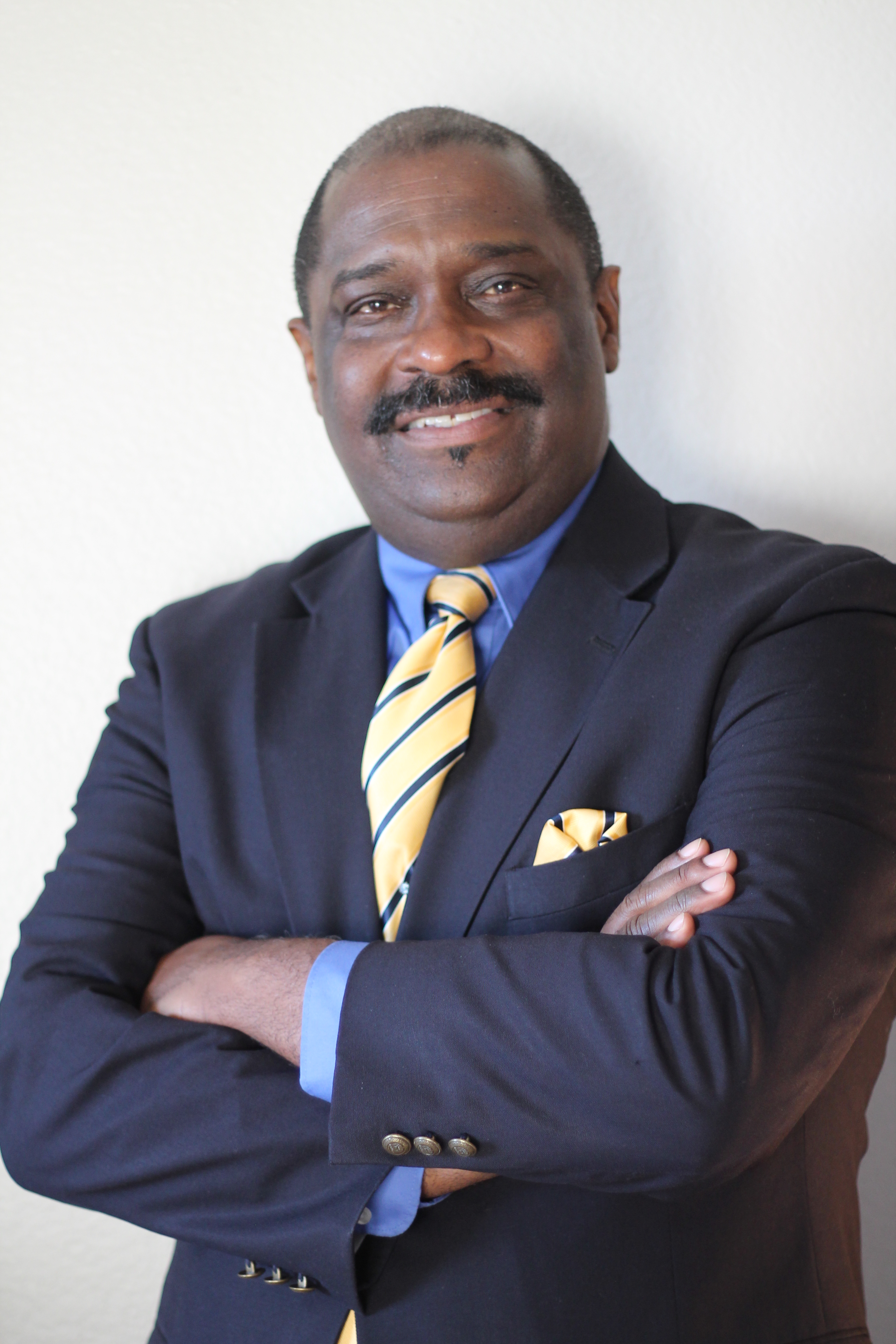 He is a sought-after Conference Presenter, Revival Preacher and a man on Mission, Dr Croston has traveled in almost 40 countries.

Dr. Croston believes as Henri J.M. Nouwen said, "Nobody can minister to his fellow man when he is unwilling to deny himself in order to create the space where God can do His work." (Creative Ministry, p.50) 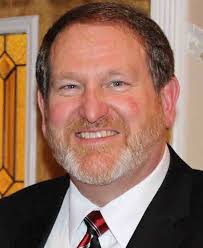 Dr. Leo Endel is the Executive Director of the  Minnesota-Wisconsin Baptist Convention where he has served since 2002.

He was unanimously elected to the position following a 10-year pastorate at Southern Hills Baptist Church in Sioux City, Iowa, which had exponential attendance growth under his leadership. He has also has served as president of the Baptist Convention of Iowa.

“Being a military kid, I grew up in a multicultural background,” Endel said. “I’m excited about how ethnically diverse the MWBC convention is.” In 1982 he graduated from Central Missouri State University in Warrensburg with a double major in finance and business management. He received a master of divinity degree from Southwestern Baptist Theological Seminary in Fort Worth, Texas, in 1988.

Becoming a state convention executive director was “the farthest thing from my mind,” Endel said, “But when I stopped and looked backward at the experiences God had led me through that I hadn’t paid much attention to, they all seemed to be pieces of the puzzle that was coming together. When I stood on the hill and looked backwards, I could see how those experiences could culminate in something like this. I have reached a point where I can see that this is where God was leading me all along.”

Among the qualities Endel brings to the position are a love for pastors and a passion for church planting, especially in communities that don’t have an evangelical witness. 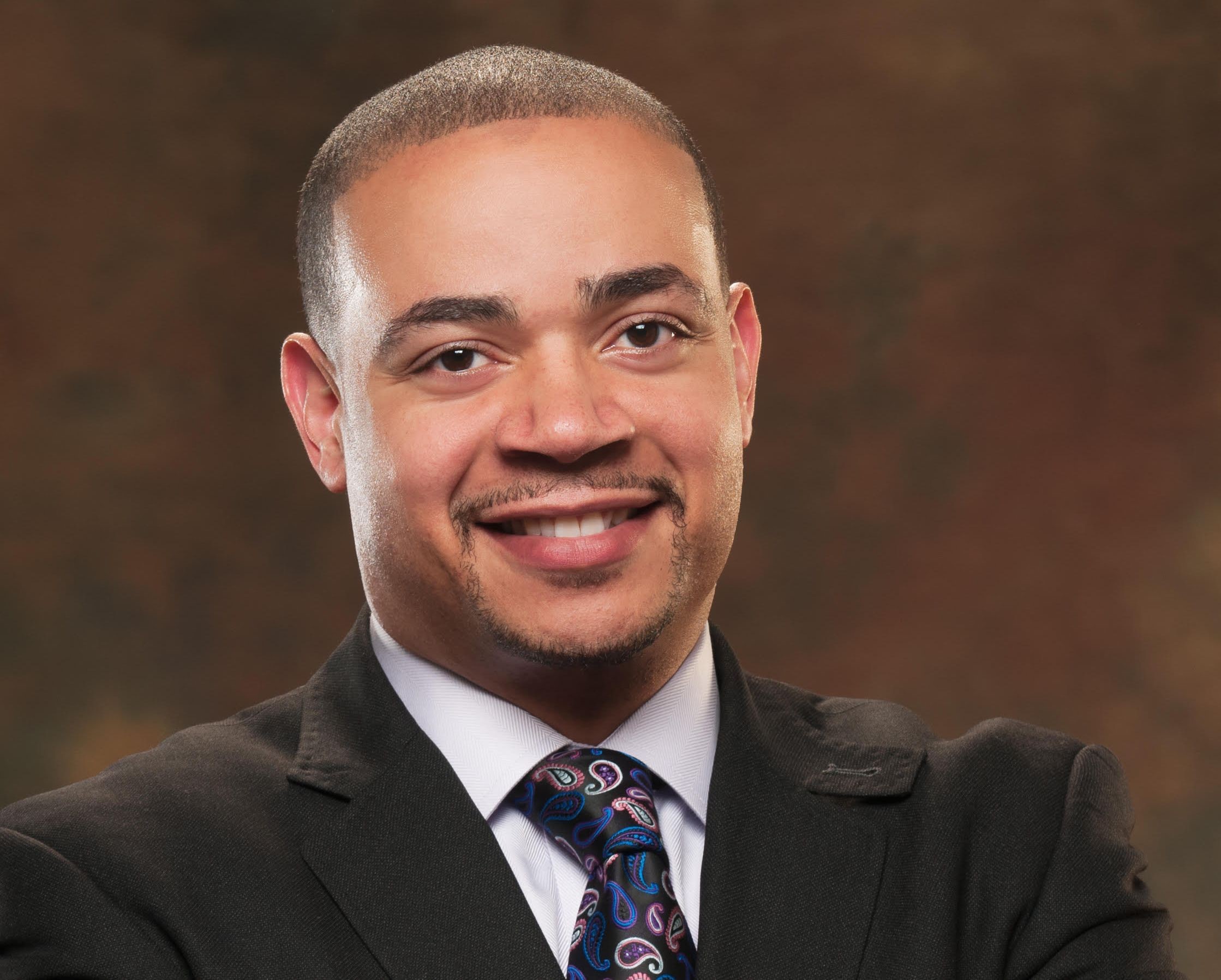 John R. Faison, Sr. is the Senior Pastor of Watson Grove Baptist Church (The Grove), a growing, multigenerational, multisite church with campuses in Nashville, TN and Franklin, TN. The Grove endeavors to be “A GROWING church for GROWING people whom Christ will use in GROWING His Kingdom.”

In addition to his 23 years of ministerial experience, he is also a decorated veteran, having served as an US Army officer for eight years.

Pastor Faison is blessed with influence that extends beyond the local church. He is a passionate advocate for community transformation and development, as seen in his work as an HIV/AIDS National Ambassador with the NAACP (theblackchurchandhiv.org), mentor in public school districts, and advisor to several community organizations. In denominational life, he serves as the Assistant to the Bishop of Social Action for the Full Gospel Baptist Church Fellowship. In Nashville, he serves as President of The Grove Community Development Corporation and a member of the Boards of Trustees at Belmont University and Leadership Nashville. Academically, he is an adjunct professor at Payne Theological Seminary. Fraternally, he is a member of Omega Psi Phi Fraternity, Inc. and Sigma Pi Phi Fraternity (Boule). 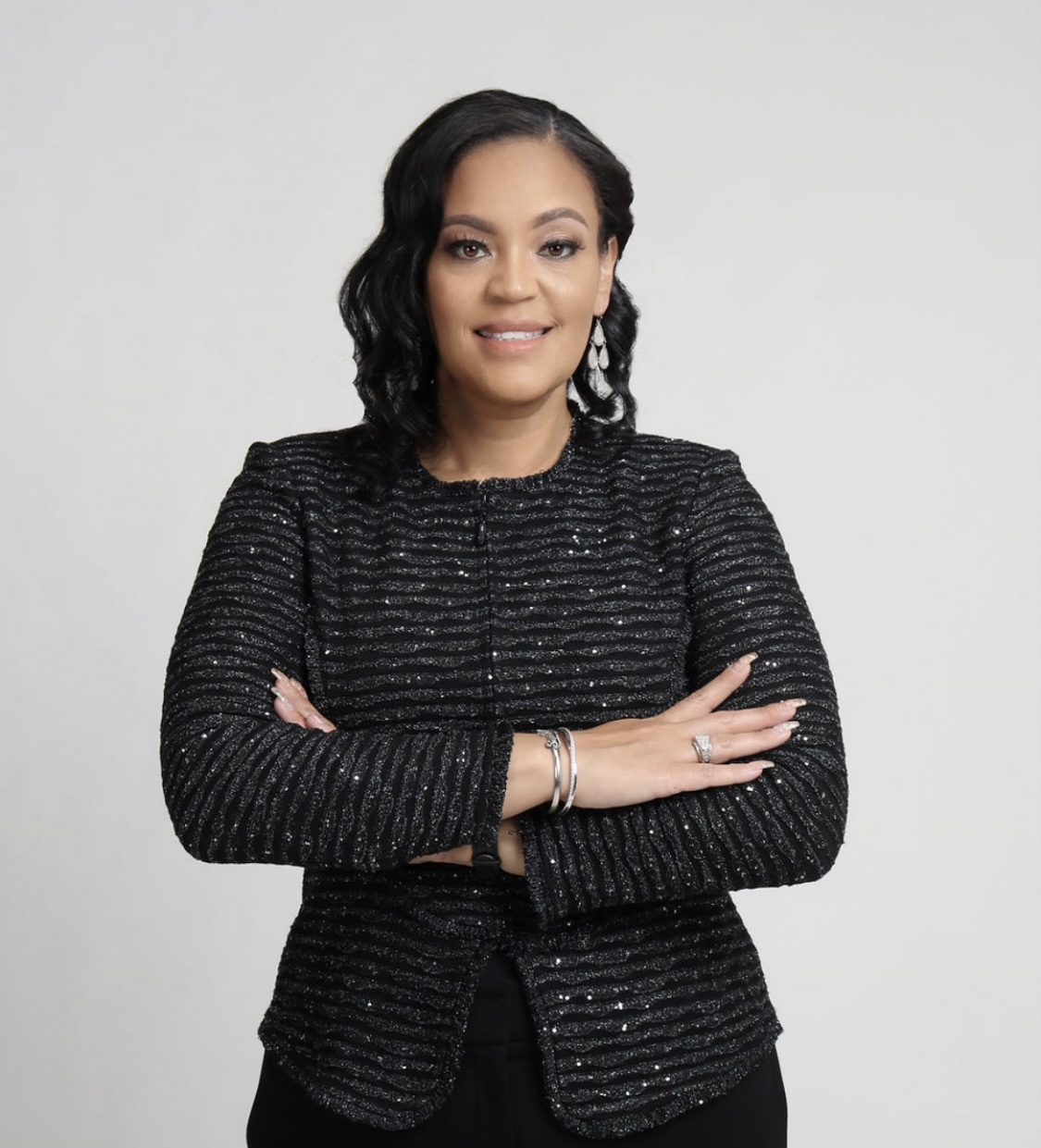 Saved and filled with the Holy Ghost at an early age, The Reverend Dr. Danielle L. Brown finds great joy and satisfaction in learning, living, and preaching the Gospel. Rev. Dr. Brown was Licensed to preach on July 17, 2003, by Cathedral International (The Historic Second Baptist Church) in Perth Amboy, New Jersey, and ordained by the American Baptist Churches on June 3, 2012. An increasingly sought-after preacher and workshop leader with the ability to communicate across multiple generations, Dr. Brown has had the opportunity to share the Gospel throughout this country and in South Africa.

Educated in the Perth Amboy Public Schools, Rev. Dr. Brown went on to attend Virginia State University where she was a Provost Scholar and three-sport athlete. After teaching in the Richmond Public Schools, Rev. Brown responded to God's call to return to her hometown and the church of her rearing where she served faithfully on the Pastoral Staff for 15 years.

On August 7, 2021, Dr. Brown was elected the tenth Senior Pastor of the Shiloh Baptist Church in Plainfield, New Jersey. She is the first woman to hold this position since the church’s founding in 1908.

Through the years, Dr. Brown has been the recipient of multiple awards and recognitions for her work in the church and community.

Both servant and scholar, Rev. Dr. Brown holds Master of Education and Bachelor of Science Degrees from Virginia State University in Petersburg, Virginia; and both a Master of Divinity Degree, and a Master of Arts Degree from New Brunswick Theological Seminary in New Brunswick, New Jersey. She also holds an earned Doctor of Ministry Degree from Palmer Theological Seminary in St. David’s Pennsylvania, where she studied Leadership and Church Renewal.

Rev. Dr. Brown loves God, God’s Church, and God’s people. She counts it an honor and a privilege to serve. 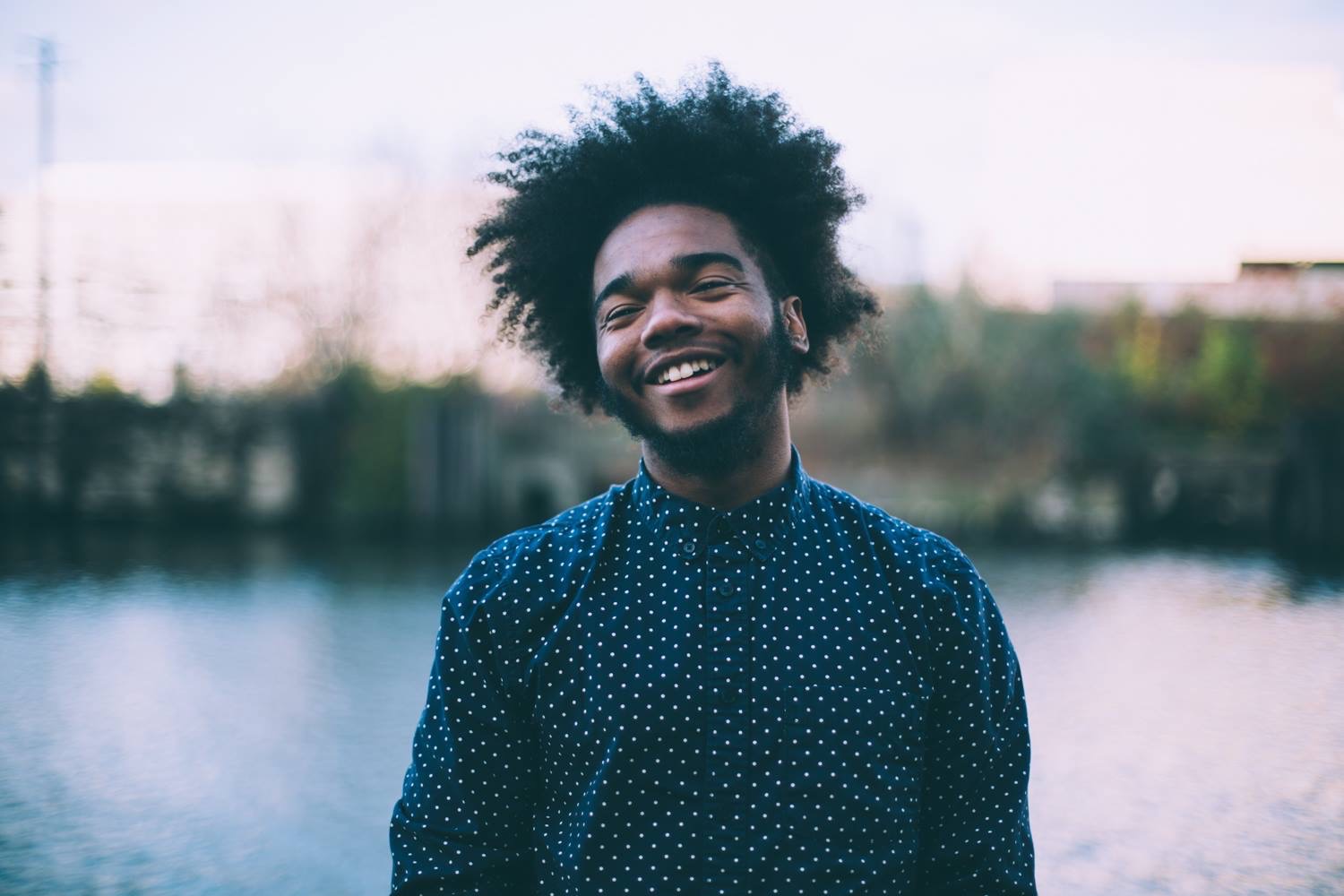 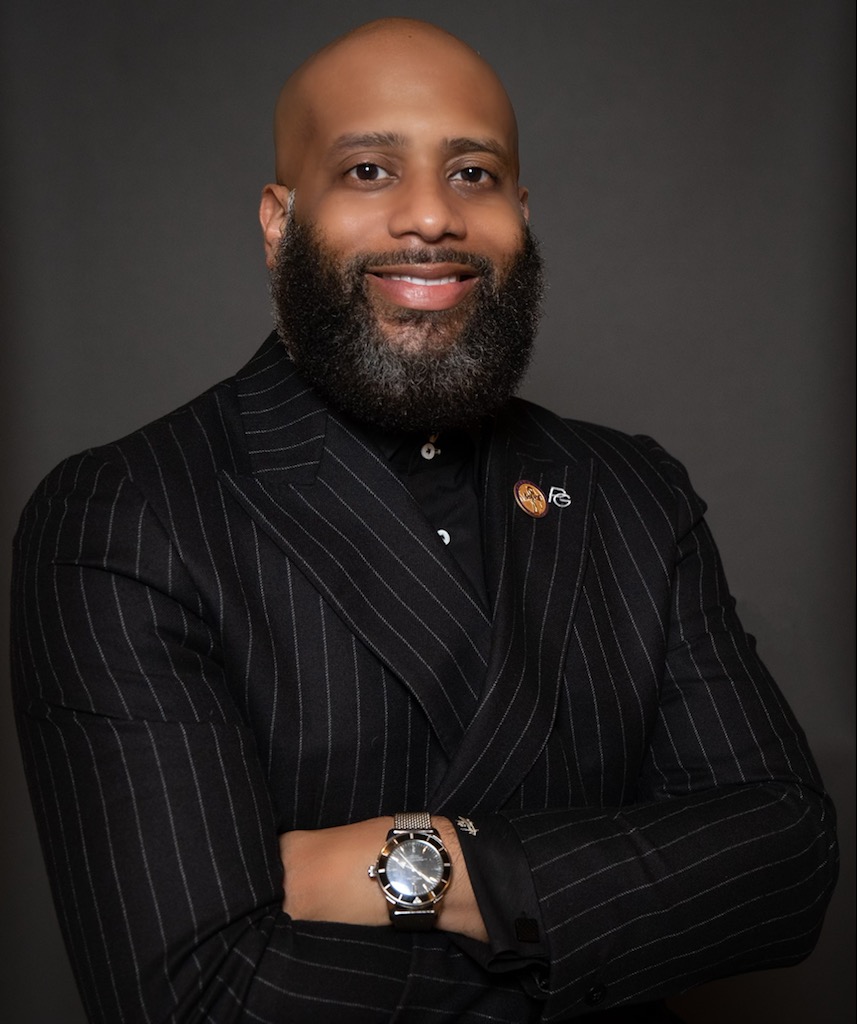 The Reverend Dr. Charles E. Goodman, Jr. serves as the Senior Pastor/Teacher of The Historic Tabernacle Baptist Church of Augusta, GA.  Before beginning his kingdom assignment at Tabernacle, he shepherded Pleasant View Missionary Baptist Church located in Salem, AL for three and a half years.

A native of Greensboro, NC, Dr. Goodman attended Wake Forest University in Winston Salem, NC, where he graduated with honors. His hunger and desire to be enriched intellectually and spiritually led him to matriculate at Candler School of Theology located on the campus of Emory University in Atlanta, GA. He graduated in May 2005 with a Master of Divinity degree with a concentration in Homiletics and Black Church Studies. In addition to providing leadership to Tabernacle Baptist Church, Dr. Goodman enrolled in the Doctor of Ministry Program at Wesley Theological Seminary in Washington, DC, with a concentration in Preaching for the 21st Century, and graduated in May 2009. Dr. Goodman was blessed to participate in the Institute of Preaching and Pastoral Renewal program at Candler School of Theology, which allowed him to travel abroad to preach and study in the Holy Land in the spring of 2006.  Moreover, Dr. Goodman was able to return to the Holy Land in January 2013 as a Progressive Baptist Convention delegate to study and speak.  Dr. Goodman completed his Master of Management degree with a concentration in Organizational Leadership from Cambridge College and graduated in December 2014. Dr. Goodman is studied at Yale University Divinity School in their Clergy Scholar Program. He recently completed an Executive Coaching Certification in Diversity from the collaboration between CoachDiversity and Howard University Business School and is now a doctoral candidate in the PhD in Leadership program at Anderson University in Anderson, SC. Dr. Goodman also serves as a practitioner mentor and associate professor at other institutions of higher learning and content contributor for many ministry publications.

Dr. Goodman was voted one of “America’s Most Loved Pastors” in the September 2006 edition of Gospel Today magazine.  In April 2008, he was inducted into the prestigious Martin Luther King, Jr. Board of Preachers of Morehouse College. Dr. Goodman was also recognized by The African American Pulpit as one of the “20-To-Watch” Young Preachers under the age of 40 in the Summer of 2008 issue.  At the age of 28, Dr. Goodman was one of the youngest to ever achieve both of these distinctions.  His sermon, “The Curse of Being Average” was also featured in The African American Pulpit, Judson Press, Summer of 2008 issue. In the summer of 2011, Dr. Goodman’s sermon received its second publication in the Progressive National Baptist Convention’s - The Best of PNBC: The First 50 Years, Volume 3.  He can be seen weekly on the "Kingdom Living" TV Broadcast and he can be heard daily on the radio in the CSRA with a "Spiritual Vitamin from PG".  On June 15, 2012, Dr. Goodman’s testimony was featured on “The 700 Club Interactive.” Dr. Goodman was recognized by Outreach Magazine in their September 2014 Outreach 100 issue as one of the Top Ten “Youngest Mega-Church Pastors” in America, as well as the 2017 Outreach Magazine 2017 100 Edition “26 to Watch” Youngest Mega Church Pastors. Dr. Goodman has also published and released four books entitled "You Can't Run from Purpose", “Road to Recovery”, “The Flip Side of Favor” and “It’s Complicated.” He is a proud member of Omega Psi Phi and Sigma Pi Phi fraternities.

God has favored Dr. Goodman by allowing tremendous and explosive growth to accompany his ministry.  While serving in his first shepherding assignment, it became the fastest growing congregation in East Alabama.  After faithfully serving at Pleasant View Baptist Church, God allowed Dr. Goodman at the age of 27, to become Senior Pastor/Teacher of The Historic Tabernacle Baptist Church of Augusta, GA in December 2006.  Dr. Goodman has been at Tabernacle Baptist Church for ten years and his tenure has been marked with much success and growth.  Under his leadership, the ground-breaking and construction of the Tabernacle Baptist Church Family Life Center facility that houses the administrative and ministerial arm of the church has been completed. Land has been acquired and renovations done to modernize the current facility and enlarge the campus footprint throughout the CSRA. Dr. Goodman has also hired additional staff to help meet the needs of this growing congregation with a membership that has rapidly exceeded 11,000 partners. Due to this tremendous increase, Tabernacle Baptist Church is now "One Church in Multiple Locations" with a new multisite – TABWest that began in January 2015, with multiple weekly services. In 2021, Tabernacle will plant its 3rd physical campus in South Carolina, TabNorth, that will have worship at 5pm on Saturday evening. Along with TabGlobal, which is the virtual campus of Tabernacle, Tabernacle is serious about reaching the world for Jesus Christ in an impactful way. As the Under-Shepherd of The Historic Tabernacle Baptist Church, Dr. Goodman is proud to follow in the footsteps of great pastors and preachers who preceded him, men such as:  Reverend Dr. C. T. Walker, Reverend Dr. C. S. Hamilton, and Reverend Dr. Otis Moss III.

With a practical, yet insightful and charismatic preaching style, Dr. Goodman is dedicated to spreading the “good news” of the Gospel to everyone he meets. He is a sought-after speaker, revivalist and lecturer, who is called upon to empower and encourage the people of God as he travels the world proclaiming the Word of God. 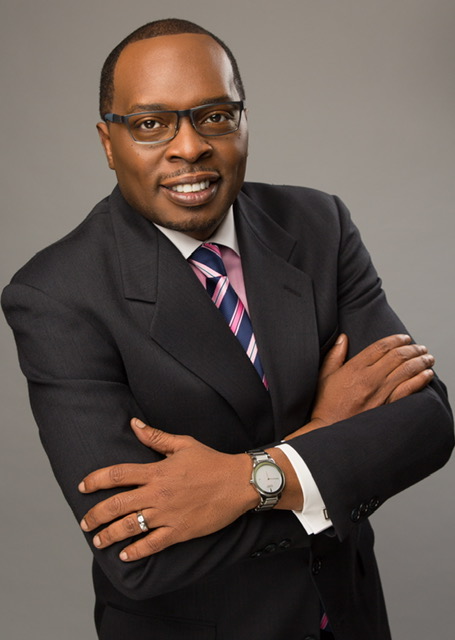 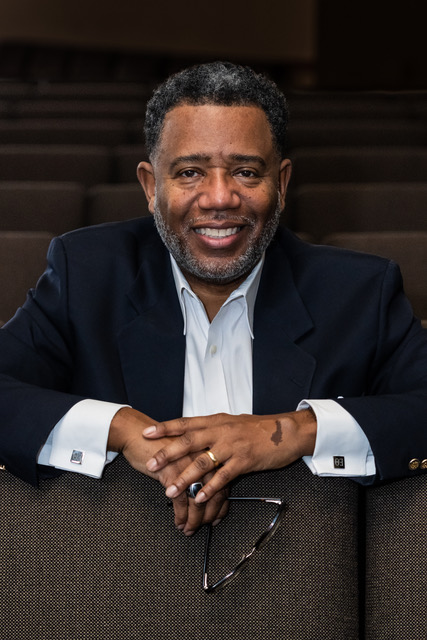 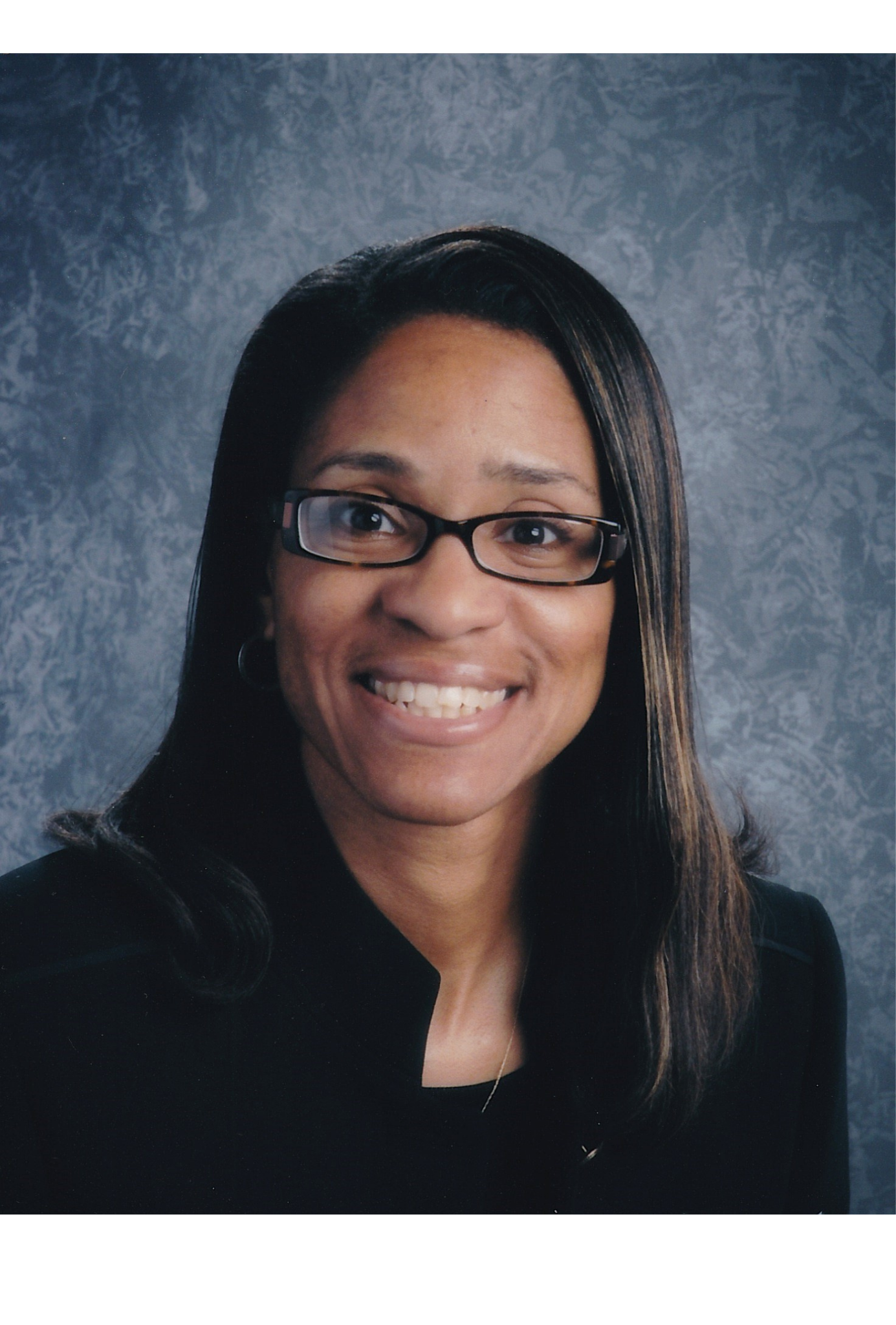 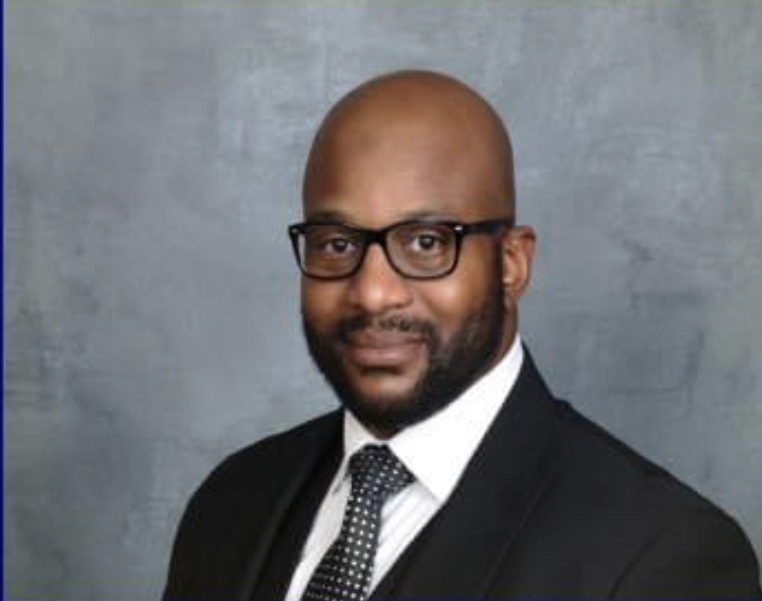 The one who can break through barriers will lead them out they will break out, pass through the gate, and leave.  Their king will advance before them, the Lord himself will lead them.  Michah 2:13 NET

*Guest speakers are subject to change without notice*